In our romantic relationships, we are (hopefully!) pouring out and being poured into. We need to feel a sense of belonging, a sense of value, a sense that despite the challenges of the day or the flaws in ourselves, we are loved by the person we love most. We sum this up as “being loved,” but it’s not that simple. Even if you’re fortunate enough to be with a man who shares your exact love language, the way he experiences love is likely distinct from the way you do. To make a man feel loved, he must first feel respected. You can do so much to demonstrate respect for him, and its all rather simple! These behaviors are easier to implement when you lavish them upon a man who you find respectable in the first place! In this post, I will be discussing my recommendations on both fronts!

“Respect is the result of a good relationship. It happens when the relationship is working. It’s the cause and result of not taking each other for granted, and giving one another the benefit of the doubt.”

What Makes a Man Worthy of Respect?

The diversity among us is exceptional and fascinating. What a shame, that we are limited to one lifetime to meet and understand so few of one another! It breaks my extroverted little heart!

This is what drives me crazy about women saying that all men are the same. I touched on this in my post about responsible dating. Certainly, we can define masculine energy in broad strokes. But we can do the same with feminine energy. The women who complain about men being all the same would revolt at the same concept being applied to their own sex, but they also tend to have failed relationships (plural)! You know why? They’re picking men with the same disrespectable qualities, over and over again, if not also treating them with the same brand of disrespect.

Insanity is doing the same thing over and over again and expecting different results.

Certainly you must be physically attracted to a man. But that doesn’t mean he needs to fit an exact visual archetype! After all love isn’t completely blind, but you are when you put on blinders to all the men out there who don’t fit your extremely narrow standards! Yes, he should be financially stable. No, he doesn’t need to be a doctor to have that going for him. I could go on and on, citing and refuting examples of the silly expectations women have of men. I’ll save us all the hassle! So many of the requirements women seek in potential suitors are better replaced with simple, respectable qualities.

Treats Himself with Respect

How a man treats himself, both inwardly and outwardly, are a reflection of his self respect. A man will bestow upon others the same caliber of respect he gives himself. Is he patient with himself in such a way that speaks of sound mental health? Does he balance that patience with dedicated efforts in self improvement, and a realistic sense of himself flaws and all? Does he have the ability to acknowledge his emotions and instincts without allowing them to overtake his rational mind? These are all hallmarks of a person, especially a man, with self respect. If he is substantially lacking in these areas in a manner that is systemic rather than simply ignorant, you should probably heed the warning instead of making a cute dress out of the nice red flags he gave you!

Also consider how he designs his lifestyle. Is he acquiring more knowledge, whether for the sake of learning or to apply it to something practical? Within his profession, is he steering his efforts in such a way that seals his job security, if not making him competitive for promotions and better options? Is he managing his home capably? Is he stewarding his finances responsibly? Does he create experiences for himself that stimulate him on cerebral, emotional and physical levels? These are all indicators of someone who is self sufficient. They tell you if someone’s in the position to both give adequately and take desirably from a relationship!

Treats Others with Respect

The way a man treats those around him is an indicator of how he’ll treat you. Do what you can to witness his interactions with all kinds of people… those close to him, his family, his superiors and inferiors, those loyal and disloyal to him. Also notice how he treats the people you care about. A respectable man is polite when the situation calls for it, and firm when the situation calls for it. He acknowledges that other people are the main characters in their own stories. He’ll uphold his moral standards regardless of the company he’s mixing with. He is capable of tolerating differences and discomfort without creating conflict where its unnecessary. When conflict does arise, he can meet it just as strongly as required. He and the people he surrounds himself with build one another up, demonstrating a healthy and balanced relationship dynamic.

Think less about what his specific interests and hobbies are, and more about how his time contributes to his overall quality of life! Are the things he spends his time on conducive to the lifestyle he wants to create for himself? Do his actions speak for his values, goals, and interests, whatever they may be? If so, you can create a beautiful life together. The relationship is likely to be a wellspring of good things in both of your lives, which provides an excellent foundation for love to thrive upon.

Possible counterproductive uses of his time abound. Extravagant spending on experiences completely unrelated to his short term needs and long term goals, a lack of investment in relationships he professes to cherish, or risky behaviors that threaten his future successes could all indicate a lack of actualized self respect. A man with self respect stewards his time in a way that demonstrates self respect for his present and future self.

How Can We Respect Our Men?

If you’re endeavoring to create a thriving relationship together, you’ll want to approximately match the level of respect he gives himself. As you merge your lives more and more, this will become easier as you both influence one another. At the beginning of the relationship, however, its important to take note of the boundaries he overtly and covertly upholds with you. In my opinion and experience, these should be open for discussion in order that you can understand and respect his boundaries. You’ll be hard pressed to respect those boundaries if you don’t understand what they are or why they’re there.

You’ll notice I’m making no mention of how he should respect you and your boundaries. That’s simply because you’re reading this, not him! If you’re rather concerned about a man’s capacity for respecting you, refer back to the prior section and make your romantic selections accordingly!

Time is the most valuable commodity. It’s the only resource which is truly finite, and so this is the ultimate way to show respect. Don’t fill your man’s calendar with things he’s disinterested in that don’t serve your relationship. Don’t spend your time together chiefly absorbed in your own hobbies or interests. Give him space to breathe, literally and figuratively. Not only will hogging his time engender a sense of disrespect, it will gradually erode the polarity and intrigue that makes your relationship a romantic rather than a platonic one.

Trust Him & Be Worthy of His Trust

Dating someone who is untrusting is exhausting. Assailing him with constant barrage of distrustful behaviors can yield just as much damage as an actual betrayal of trust. At some point, you have to have faith. Treat your man with the same level of trust that you deserve. If that amount of trust is negligible, free his time up for someone more worthy of his commitment.

If You Must Assume, Assume the Best

You might not always or completely know what his intentions are, what he’s thinking, or what he’s even doing. Sometimes men work in mysterious ways! When these situations crop up, assume the best of him rather than the worst. He has promised himself to you as a boyfriend, future husband, or husband; a very serious commitment. Given you selected a self-respecting man and are yourself worthy of his respect, it can be assumed that none of his actions or words are maligned with your best interests. Beginning with this premise will help you move forward past any misunderstandings despite any confusion or hurt feelings. It helps you ensure that your relationship isn’t merely healed, it comes out stronger in the end.

Seek first to understand before you seek to be understood.

Do your very best to understand him. In all things, seek the common ground. Find the things that you agree upon and work from there as you tackle any disagreements. In doing so, you’ll often discover that your fights are nothing more than (…loud and sassy?) misunderstandings. This is the first objective for productively engaging in conflict. It drastically increases your chances of resolving conflict, too!

If You Can’t Understand, Accept

Sometimes, couples simply have their differences. There are problems which don’t have neat, tidy solutions and that is okay. If you are unable to come to the same understanding, accept one another anyway. Even if you cannot land on the same page, you can hopefully land in the same chapter and read the page your man is on. This is the culmination of your efforts to respect one another; two different people, with their differences, who are still able to move forward together.

Can We Define Respect, Please?

due regard for the feelings, wishes, rights, or traditions of others.

At this point, I hope you’re thinking about applying these concepts to your own life as well. If our goal is to sustain healthy, happy, secure marriages for the rest of our lives (which I assume it is because this is my blog and I say so!), respect is vital. It is fundamental to have self respect if our goal is to attract and keep a respectable man. In short, so much of what we’ve discussed can be summarized as ensuring that actions line up with intentions, and that the intentions are good. Our task is as simple as defining those intentions, and working backward!

No waffling about never committing to anything, because you and future you are inherently worth commitment. Commit yourself to your goals, your dreams, your values. Don’t flop around from life event to decision to relationship like a fish out of water, hoping to land in some fortuitous puddle. Don’t shuffle along with your head down hoping to manifest a life befitting of your values out of thin air. Respect all you are today, and all you can be tomorrow, and give yourself permission to commit to the life you want to create. Once this self respect becomes a part of you, you’ll be eligible for men with such self respect. 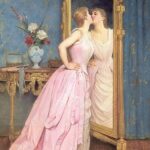 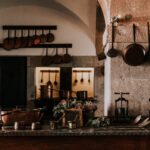 Must Have Kitchen Items!

Fill Your Home with Music